So far the ECB has not responded to the disinflationary risks building in the euro area. Some Governing Council members dismissed the calls for action from numerous economists, referring to the analysts’ reports as the “Anglo-Saxon” irrational fear of deflation. Perhaps. But is doing nothing then a “rational” policy? While the ECB has been on the sidelines, the balance sheet of the Eurosystem has been contracting fairly sharply – all in the face of unusually tight credit conditions (see post). 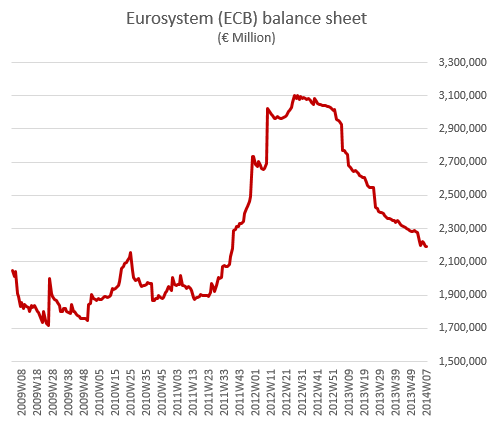 While many Governing Council members insist that the recent trend of below-target inflation is transient, the data tells us otherwise. For example, the latest report shows the German PPI consistently in the red for several months in a row. 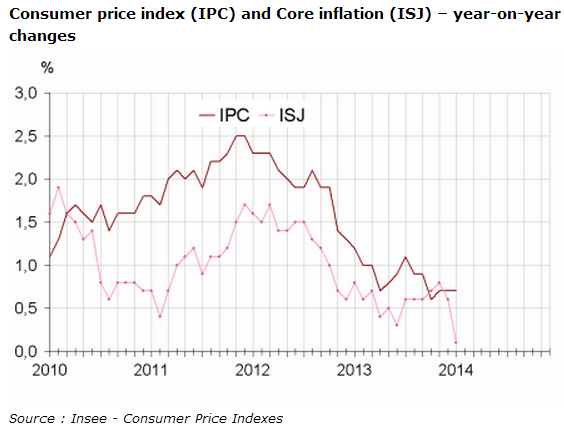 In isolation these disinflation signals may be fine, but on the whole the trends across multiple countries could spell trouble. This is especially important as China’s economic growth slows (see story), making it more difficult for the Eurozone to export its way into stronger growth (as some member nations have been doing). An economic slowdown in the Eurozone at this stage could tip the balance, pushing the whole euro area into a deflationary environment.

Will the slowdown in US services sector reverse with warmer…