Italy is now the largest borrower from the Eurosystem

As European banks find some private sources of capital to fund themselves, they continue to repay their ECB loans – particularly in the 3y LTRO program. 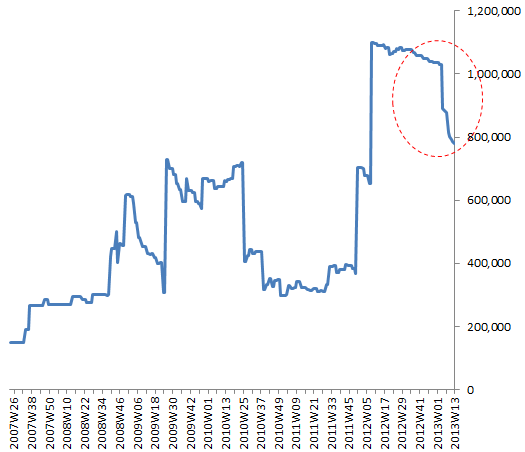 Part of this repayment trend however is coming from over-borrowing in early 2012. As banks, particularly in Spain saw their deposits dwindle, they went into a panic mode, borrowing all they possibly could – particularly with Spain’s government “encouraging” them to buy government paper. But as portions of the deposits came back (see post) and banks being able to sell some government paper (thanks to the ECB’s commitment to buy it), they are repaying some central bank borrowings.

One of the issues Eurozone banks are facing is that they simply can’t grow their assets – in fact balance sheets are shrinking. Due to tougher regulatory capital environment as well as general fear of extending credit, lending has been grinding to a halt. Loans to corporations have been declining steadily for some time. 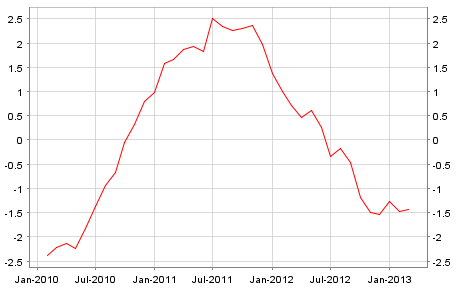 And loans to households are basically not growing. 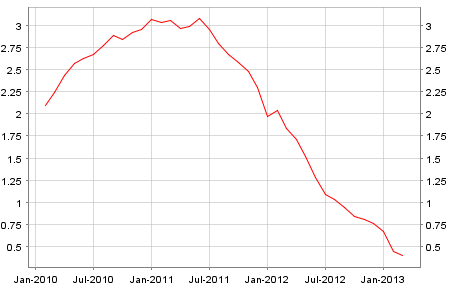 With banks not willing to extend credit nor sit on cash, the only viable option is to repay some of the liabilities – hence the decline in LTRO balances.

Of course the repayment of LTRO has been uneven across the Eurozone. 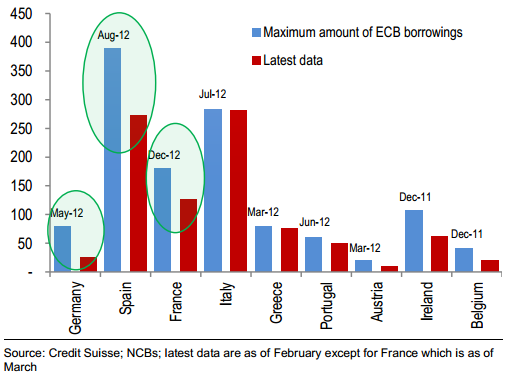 Spain, having been the largest borrower, also had the largest (in absolute terms) reduction. Clearly most German banks don’t need this funding, given the growth in the nation’s deposit base. Italy on the other hand remains a problem. In fact Italy is now the largest borrower from the Eurosystem, as Spain dropped to second place. Given the devastating recession and the political uncertainty Italy is facing, LTRO balances of Italian banks will be critical to watch going forward.