Some recent data out of Canada points to a slowdown in growth of consumer indebtedness. According to RBC, the non-mortgage consumer debt has grown at the slowest rate in 20 years.

Global News: – Non-mortgage debt including credit cards, personal loans, lines of credit and other loans stood at $512 billion — up 2.5 per cent, the smallest 12-month increase since July 1993.

This is clearly a positive development, but when taking mortgage debt into account, Canadians still represent some of the most indebted households in the developed world (outside of the Netherlands who is undergoing a housing crisis, as well as a few others). 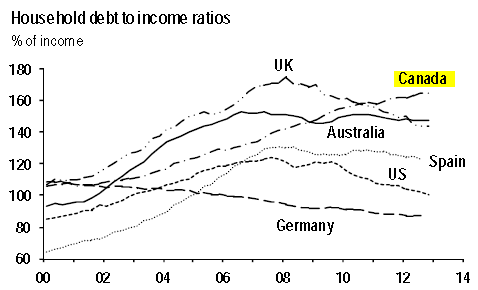 Residential construction remains strong in Canada as low rates encourage more borrowing. In spite of a recent slowdown (starts in Q1 are 12.5% below Q4), housing starts are rising once again.

Starts were 184,028 at a seasonally adjusted annual pace during the month, up from a revised 183,207 in February, the Ottawa-based Canada Mortgage & Housing Corp. said on its website today. In a separate report, Statistics Canada said building permits rose for a second month in February on a rebound in non- residential projects.

Construction has been supported by some of the lowest mortgage rates in decades, along with historically cheap borrowing for businesses, even as the government tries to tighten the mortgage market amid concern prices in some cities have become inflated.

This is particularly troubling given the nation’s substantial dependence on natural resources and persistent weakness in the energy markets. 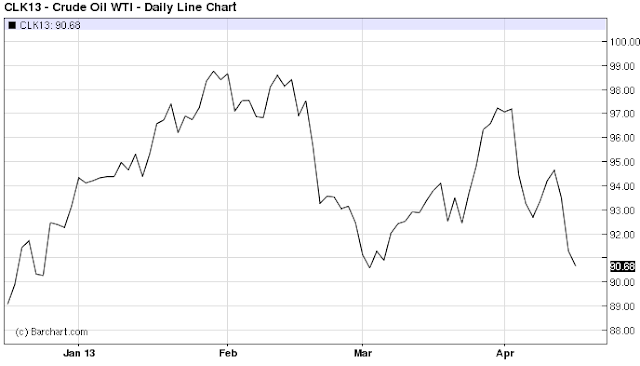 Canadian oil prices are significantly lower than the Cushing prices (above) and many energy firms there operate on tighter margins these days. Alberta’s existing oil sands projects for example are still profitable, but with rising labor and equipment costs, margins are being pressured. And new projects don’t make sense at current price levels, making further improvements in the labor markets unlikely. The overall economy clearly faces some headwinds (see post).

The equity markets are already pricing in some of these risks (chart below), but the deleveraging of Canadian households is yet to come.

Wealth confiscation in Europe and Japan