Will the corporate sector expansion peak in spring once again?

The Empire (NY State) Manufacturing survey published last week showed a strong recovery for February. The result, which tends to be volatile, was significantly better than consensus.

It remains to be seen however if we are going to repeat an earlier pattern. The survey’s historical data shows conditions peaking in late winter to early spring and declining later in the year. 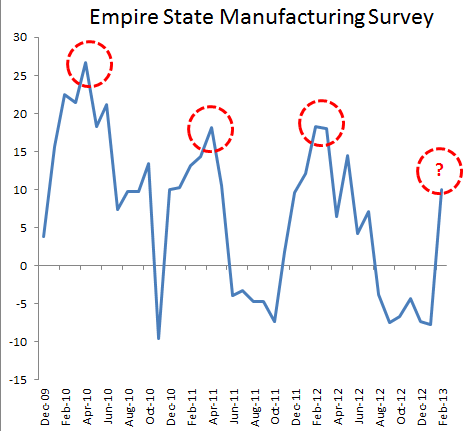 This pattern is not confined to NY state, and is in fact also visible at the national level. Within the next few days we should see the result from Markit US PMI for February, giving us a better feel for the trend in US manufacturing. So far however, the cycle remains intact. 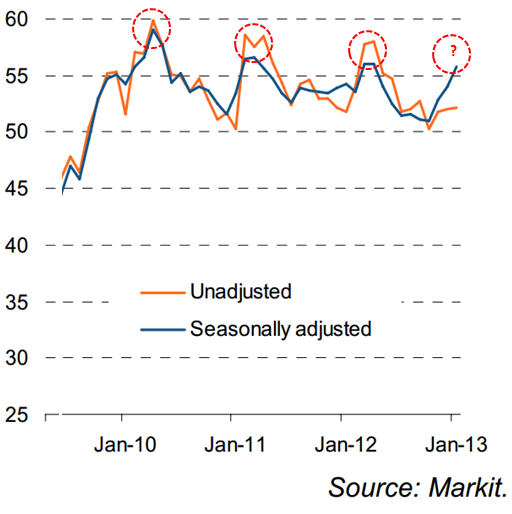 But nowhere else is the cyclical pattern more visible than in the ISI’s company survey (discussed here). In particular, the diffusion index is now once again pointing to expansion in the US corporate sector. But spring is fast approaching… 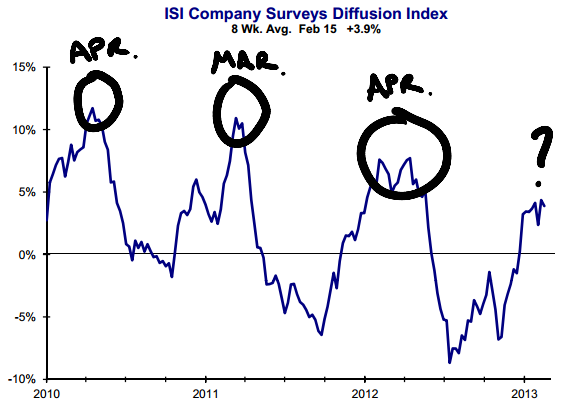 More evidence that the Germans have been marginalised at the ECB