US Manufacturing Surprises to the Upside

The Institute for Supply Management (ISM), the US purchasing managers’ index (PMI) for March increased to 53.4 from 52.4 in February, beating expectations of 53.  It’s the 32nd consecutive month that the index has been at least 50.

A PMI in excess of 42.6 percent, over a period of time, generally indicates an expansion of the overall economy. Therefore, the PMI indicates growth for the 34th consecutive month in the overall economy, as well as expansion in the manufacturing sector for the 32nd consecutive month. Holcomb stated, “The past relationship between the PMI and the overall economy indicates that the average PMI for January through March (53.3 percent) corresponds to a 3.6 percent increase in real gross domestic product (GDP). In addition, if the PMI for March (53.4 percent) is annualized, it corresponds to a 3.7 percent increase in real GDP annually.” 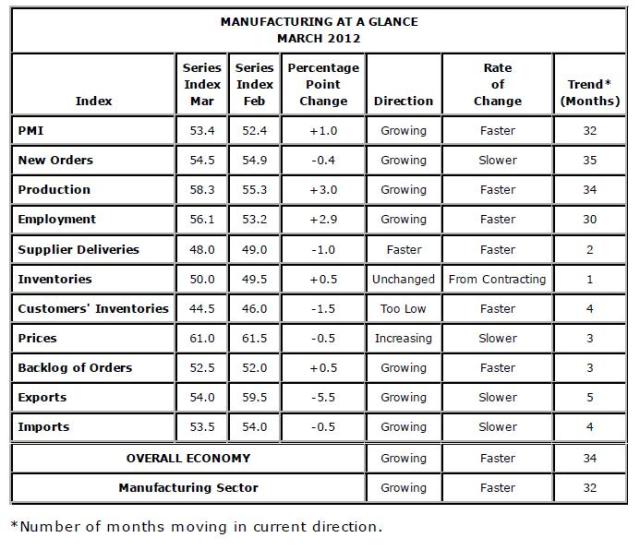